For past 5 years, I've been highly involved within the Video Games Industry, I love to work with Unity, try out new technologies such as AR/VR/XR, Think out of box and make something cool. When I'm not programming games, you can usually find me playing them instead. Favorite Genre? Ohh its hard to say, I enjoy so many but RPGs and FPS for sure!

I’m Nodari, also known as a Hagrid. “Video Games” is pretty much a description of my life, however unlike most, I actually grew up making Video Games, rather than just playing them (but to be honest, I’ve also played a lot!).

For past 5 years, I’ve been professionally engaged within the Video Games Industry, and for past 3 years I’ve been part of the Stormbringer Studios, where I was mentored by, and worked alongside the industry veterans. I’ve contributed to many indie titles, including one of the most successful game being Pixel Fury, with over 5 million downloads.

Alongside the SBS, I’ve started working on Upwork as a freelancer with great success. I have had both Rising Talent and Top Rated badge within short period of time. I was also featured as a #2 TOP Developer.

I had chance to attend one of the biggest indie (and not only) conference, Casual Connect & Indie Prize in Berlin. I met people from some of the top big studios such as Square Enix, Valve, Bohemia Interactive and lot more a bit smaller, but amazing studios. I’ve also met Artur Maksara, Producer of Shadow Warrior 2 and I’ve connected with many more, some of them has even mentored me (such as devs from Ubisoft and DICE)

AR, VR and other cutting edge technologies aren’t new to me. My AR Game got recognized by Microsoft and I were invited at the Microsoft. And my last VR Project that I worked on was nominated for two awards, Best Debut VR Experience and the Best VR Interactive Narrative Experience at the Raindance Film Festival in London.

I still believe I got long way to go, so I’m currently looking for all kinds of opportunities (Internships, Junior Positions, QA, Universities etc.). If you are looking for someone, who’s passionate about what they do, who loves to think out of box and enjoys problem solving, I’m your guy, send me an email! 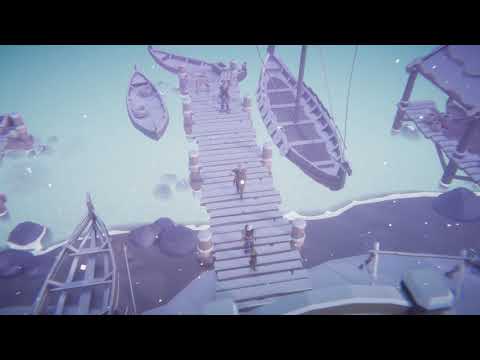 Some of the Projects 
Since 2018 I have established my own studio, currenlty working on our unannounced PC title. Feel free to checkout more information at www.wildskullgames.com

We have produced some amazing games, such as Pixel Fury with over 5 million downloads


I was part of the Activision Ambassador program. Represented the company, and provided technical help to players for "Call of Duty" and "Destiny" franchises. I had opportunities to talk to some of the developers, and get some feedback from them on my development career

The first game, "Stack Money" got over 100K Downloads.

Nodari is one of the best students. Very motivated and talented. He is super adaptive to new environments. Has really good skill of problem solving, strong communication skills and opened mind ! He learned C/C++,C# with no problem and has adapted his knowledge using Unity, XCode and Android Studio. He is good team player. We have developed games together that were published on Appstore/Google Play

Nodari is one of the best programmers that I had pleasure to work with. He is very professional and knows what he is doing. Nodari is always organized and very communicative, his work shows high industry standard along side with efficient and fast working speed

The ABSOLUTE BEST Developer I've worked with ever (and I've known some cool and knowledgeable developers)! Nodari is smart, knows the most current leading edge technology, and is just overall advanced beyond his years. Dedicated and honest, very trustworthy to get the job completed.